Local governments receive additional transportation funding from Rebuild Illinois through both the increase of the state motor fuel tax (MFT) and grants from bonding.

Distribution of Annual Transportation Funding Between State and Local Governments

Counties, municipalities, and townships previously received monthly distributions of the state motor fuel tax (MFT), but now receive increased funding due to the MFT increase in Rebuild Illinois. Funding to local governments is distributed as follows:

Municipalities across the state are estimated to receive an additional $188 million annually, while Cook County receives $64 million, all other counties receive almost $70 million, and townships and road districts receive almost $61 million, as summarized below.

Click on the buttons below to find a complete list of new annual funding for each county, municipality, or township and road district in Illinois.

In addition to the new funding from increased fees, bonding is another component of Rebuild Illinois. As outlined in Article 5, Section 75 of Public Act 101-0029, one portion of this funding – totaling $1.5 billion – is specifically set aside for grants to local governments for transportation improvement projects. The following table summarizes the breakdown of funding between local governments. The distribution is consistent with the same distribution process outlined for MFT funds.

Click on the buttons below to find a complete list of transportation grant funding through Rebuild Illinois for each county, municipality, or township and road district in Illinois.

The following maps illustrate new local government funding statewide. These maps simply illustrate the funding summarized in the lists above of MFT funds for counties, municipalities, and townships and road districts. 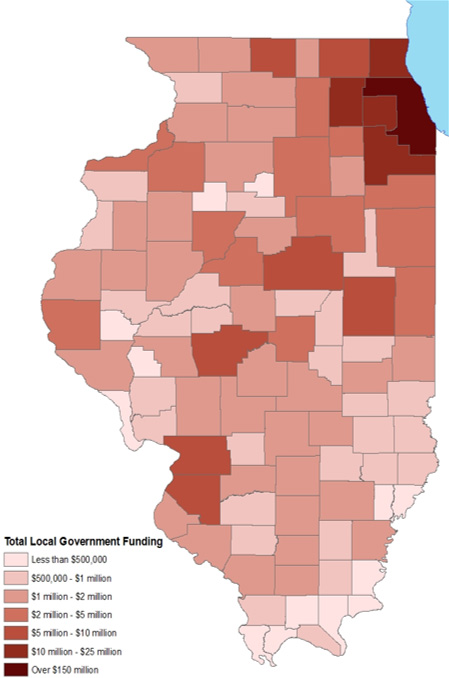 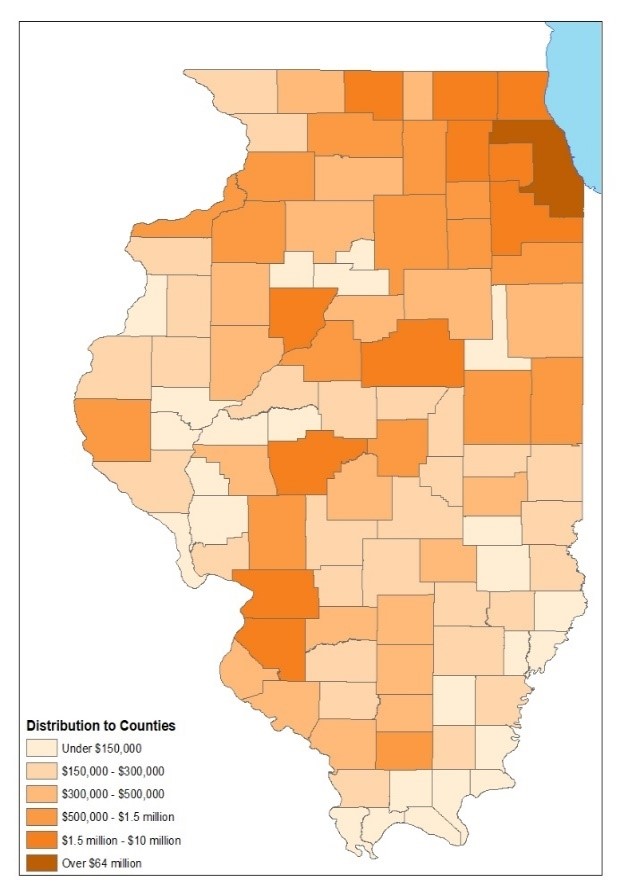 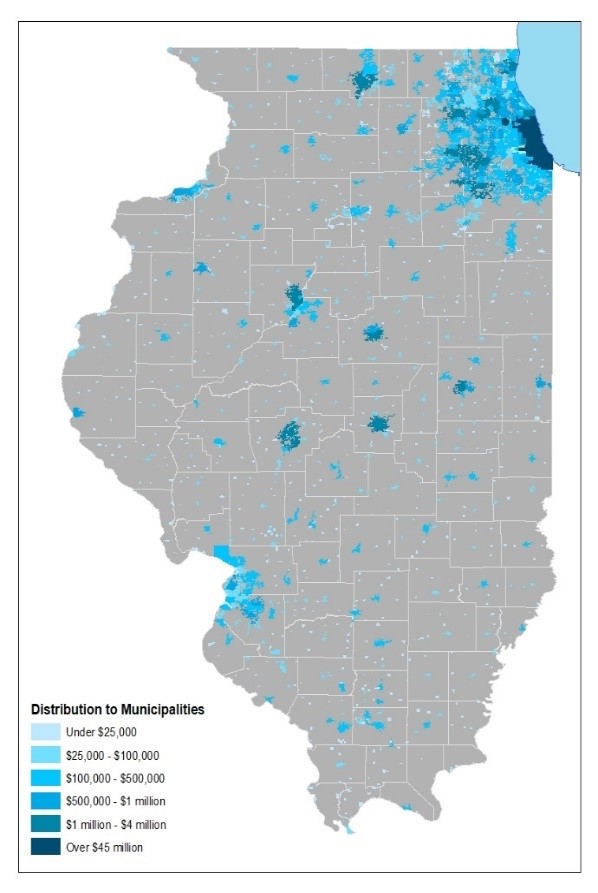 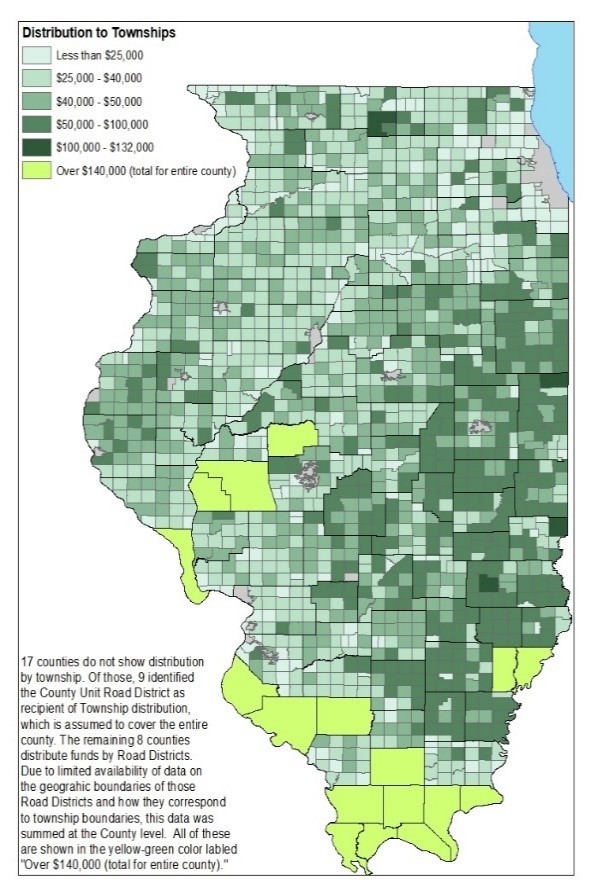 Connect with us to receive breaking news updates and research reports from ILEPI.