Illinois state transportation funding is generated from a variety of sources. This funding goes to the Illinois Department of Transportation (IDOT), local governments, and transit agencies to address maintenance, construction, and administrative needs.

With the exception of motor fuel taxes, these revenue sources are largely divided between the Road Fund (63%) and State Construction Account Fund (37%) to support state transportation projects and administration.

The motor fuel tax (MFT) is the most significant transportation funding source for Illinois. It generates the most money, currently estimated at approximately $2.5 billion per year. The MFT was recently increased in 2019 under Rebuild Illinois. Additionally, the MFT is increased each July 1, with rates now tied to inflation. The rate increases by an amount equal to the percentage increase in the CPI-U.

The MFT is unique from other transportation fees in that a substantial portion of the funding is distributed to local governments. As shown below, of the funding going to local governments, municipalities receive 49.10%, Cook County receives 16.74%, all other counties receive 18.27%, and townships and road districts receive 15.89%. For Fiscal Year 2021 (July 1, 2020 – June 30, 2021), counties received over $300 million, municipalities received over $420 million, and townships and road districts received over $136 million. As a result of motor fuel tax increases under Rebuild Illinois, these disbursement increased 66% beginning in FY2020. 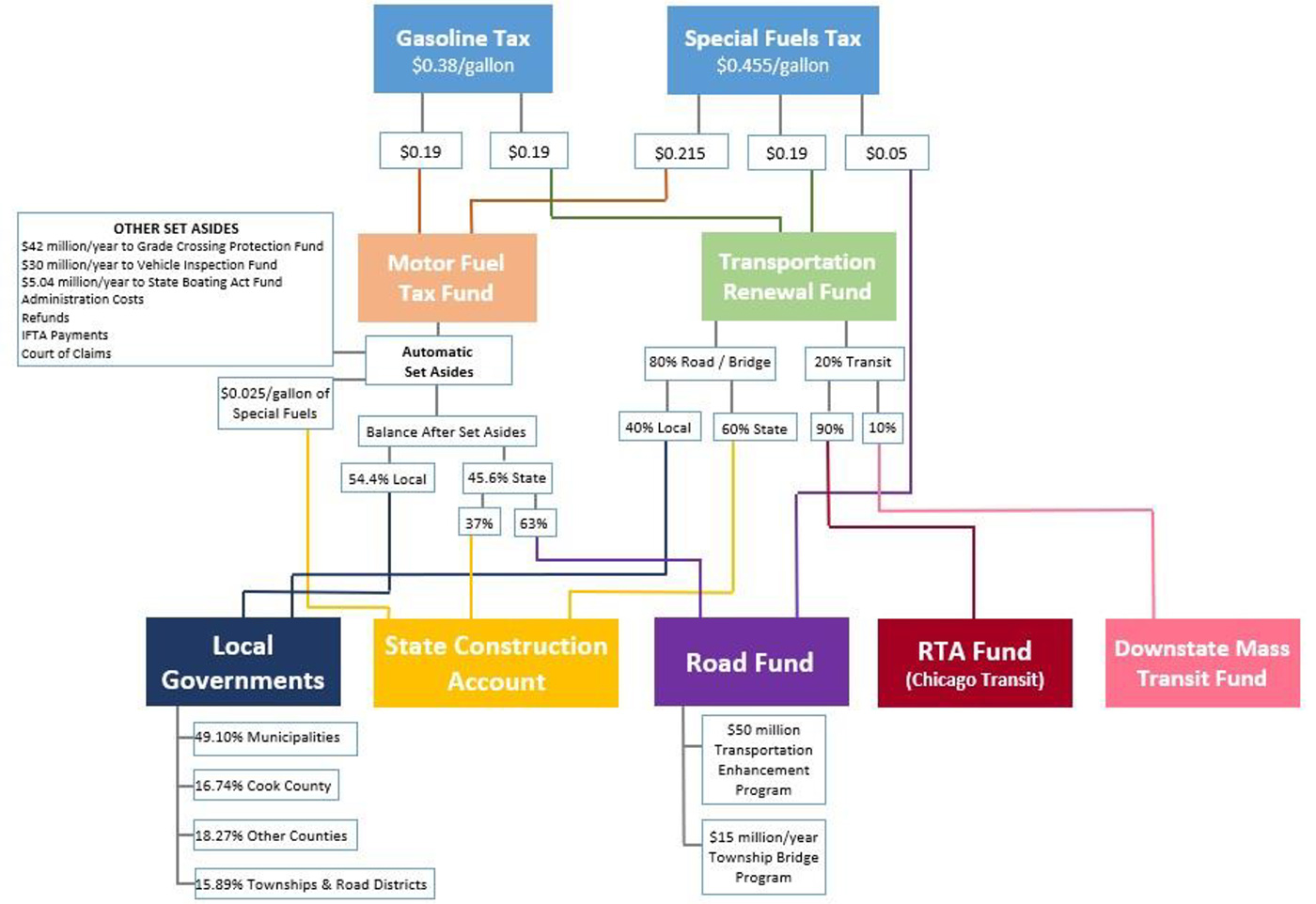 Funding exclusively for construction, reconstruction, and maintenance of the state maintained highway system (cannot be used for MFT administration or payroll).

Connect with us to receive breaking news updates and research reports from ILEPI.